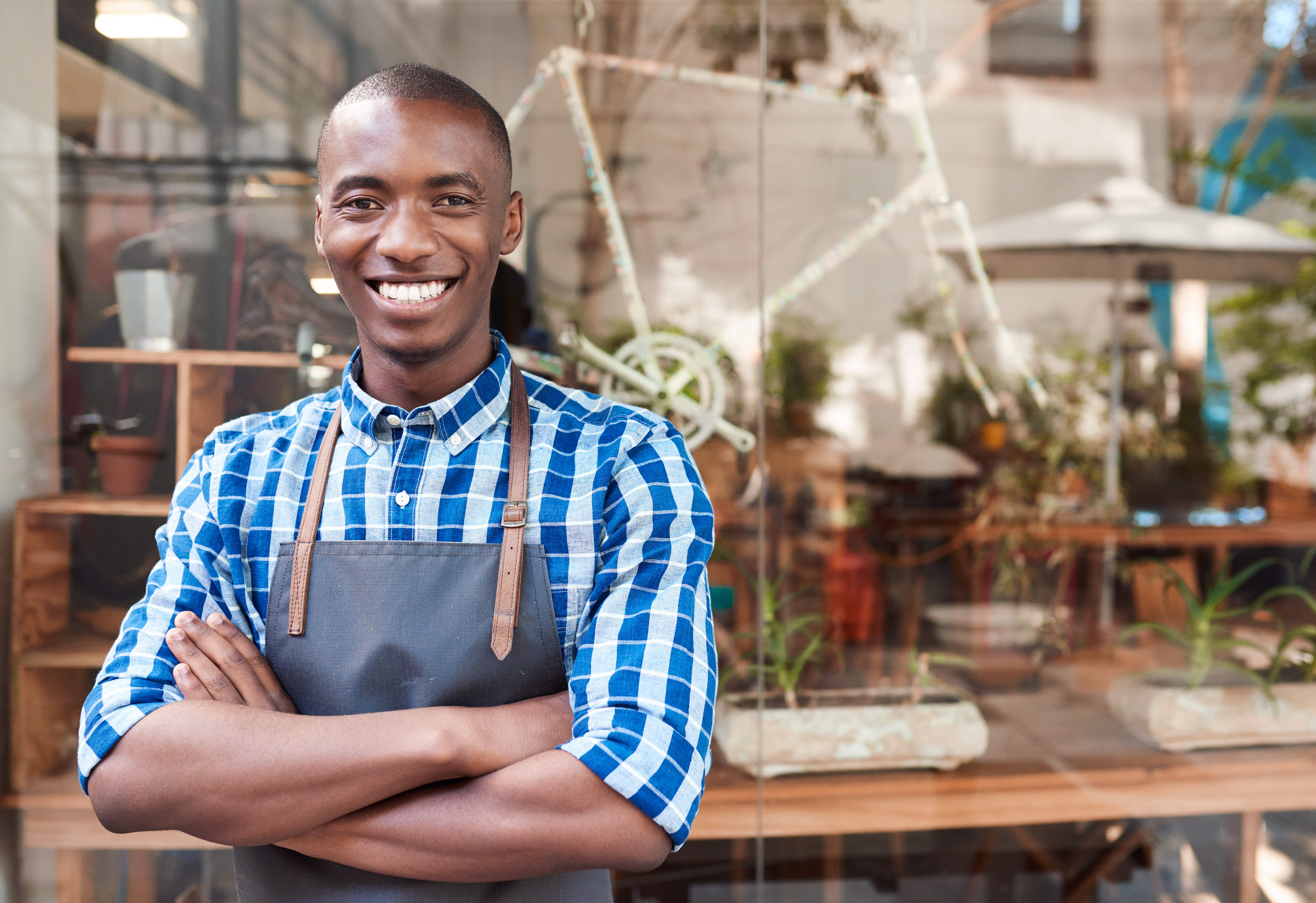 It is not unknown that every small business aspires to be great.  But, what is unknown and heavily overlooked, is the fact that frequently they condone hindering practices and policies that incite the Small Business Growth Trap (SBGT). The South African SBGT is far more powerful than we understand. Ravi Govender, Head of Small Enterprises at Standard Bank presumes that on average about 50% of all South African start-ups will fail within 24 months. But why? Some theorise that South Africa’s unskilled labour force are the guilty party, whilst others blame the economic climate. The question we have to ask is whether these are actually solely responsible for Govender’s presumption.

At Outpost, we pride ourselves in being the change that South Africa so desperately requires. Like many start-ups, our road has not been smooth, and is nowhere near finished, yet we maintain to a constant state of flux and optimisation. South Africa’s environment is, and has, rapidly changed over the last 25 years, and to maximise efficiency and productivity, it is vital that businesses change too. It is our due diligence as business owners and employees to change and provide goods and services tailored to today’s South Africans.

Change is an inherently scary proposition. Some revel in it, others avoid it entirely. Some believe it is a necessity for fruitful business, others a deterrent. The fact of the matter is that change is personal and relative to each business’s strategy. However, as stated in a Harvard Business Review article, the notion of uncertainty poses a tremendous challenge for strategy making. Traditional strategic approaches, which are often understood as the answer to change and uncertainty, are inherently problematic since they “act” upon a stable and predictable world – everything that the world is not. So, if change is a necessity, the real question now becomes: What can I do as a business agent to lead change in my organisation?

John P. Kotter posits 8 key steps for any business to lead change. The emphasis is on any business. These 8 steps can apply to a day-old start-up and even a multi-billion Rand conglomerate. Outpost, in our attempts to facilitate a harmonious working environment, like other thriving South African start-ups should, devoutly applies Kotter’s 8 steps to every aspect of our business’s strategy, planning, and policy. We believe them to be our key in Making Local Business Matter.

However, before delving deeper into the 8 steps, it is vital to understand the difference between a manager and a leader. Frequently, South African start-ups are guilty of merging and misunderstanding the two, which results in over-managed and under-led organisations, that Outpost posits to be a major factor in Govender’s statistic. A manager takes the existing system that is in place, and makes it function to its optimal level as it was design to do. Contrastingly, a leader, creates a vision and/or strategy that fosters an environment conducive to meeting the company’s vision. The section of misunderstanding is Kotter’s point that leaders need to ensure that the environment they promote houses and co-creates an environment that management deem efficient too. This complexity and often lack of separation of powers, insights an environment and culture that is neither clear, nor defined, prompting an increased likelihood of future failure.

Step 1 – Create a sense of URGENCY:

Business, and start-ups in particular, mostly experience great excitement fuelled by passion and drive from the outset, but often that urgency dissipates. The management and employee base become disconnected from their objectives and vision, which translates to a customer experience that is somewhat underwhelming. The team become fractured and are solely dominated by the “loudest voice”. This creates an environment that is not conducive to a willingness to achieve and instigates an individualistic energy that overrides any possibility of cohesive practices.

Kotter utilises the 26% - 55% - 19% rule. 26% are actively working towards stated company objectives, 55% could not care, and 19% are actively sabotaging the business. Which portion do you target? There is no correct answer. However, Kotter does believe that if a business can create a sense of ownership and make meeting business objectives personal and a part of their culture, they will be able to address the urgency imbalance. To read more about how to motivate your employees, read Talkdesk’s article about reward schemes.

As a business leader, especially at a start-up, it is vital that you choose your team well. The recruitment and selection of boards, managers, leaders, and employees provides the foundation on which your entire organisation is built upon. These agents need to align with your company’s mission, vision, values, and objectives, whilst being qualified, driven, urgent, and results-driven.

In today’s business world, results are everything.  Yet, many organisations lean towards being more people-driven. When primarily adopting this strategy, businesses sometimes lose that inner grrrrr, grit and hustle to meet and exceed their targets, as more attention is focused on enforcing a culture of happiness. That is not to say that happiness is not important, but rather to enforce the idea that start-ups need to recruit individuals who are team-players, people persons, and results-driven. They exist, I promise!

Many entrepreneurs would argue that your vision and where you want to go is your most important tool, especially acting as leader to inspire motivation, urgency and drive. Obviously, that does not mean to neglect the now, but rather to have a clear understanding of where you want the business to grow and how to strategically get there. Kotter believes that sometimes it is a necessity to prioritise and doggedly focus on one task first, since this can insight confidence and momentum in mastering and efficiently executing your business’s culture of success.

Not much needs to be said here. If you don’t want to win, you’re more than likely not going to be competitive. Sometimes as a leader, you get placed in precarious situations, that required intense thought and deliberation. For example, an employee who is immensely talented at their role, but doesn’t have the strong-minded desire to achieve and meet their full potential, since they are content in merely earning a salary. These are the 55% we talked about earlier. How you address their negligence is up to you and your executive team’s discretion. But, at Outpost, we maintain and adhere to a winner’s culture – second best simply won’t suffice.

Freedom. An organisation that is bureaucratic and red-tape-ridden according to Thriving Small Businesses, is increasingly likely to be complex, misaligned from its objectives, and tormented with inefficient duplicate systems. The key, keep it simple! Don’t over manage. Provide your employees the tools, resources and mediums to express themselves. Netflix, one of the most prominent and successful companies of the world, don’t believe in rules. At Netflix, their business focuses on two things; investing in hiring high-performance employees, and building and maintaining a culture that rewards high performers and weeds out continuous, unimproved low performers. So, hire well, let your employees do their thing, and have faith. To read more about ways to create and maintain a high performing employee base, click the hyperlink.

Momentum is vital for any start-up. It is paramount that every agent in the business, irrespective of their hierarchical position, is united. Accordingly to Kotter, it is all about celebrating and communicating short-terms wins. No matter how small, they are all equally as important, especially in fostering a culture that breeds success. It may be winning a pitch with a client, securing a lucrative partnership with a high-profile company, or even as little as hitting your targets for a single Instagram post. Positivity generates more positivity, which in turn generates a business climate that is destined for success.

The subtle art of keeping on going. However, this does not mean the simple meeting of your targets, but the exceeding of them. The best companies in the world have highly-driven employees that persistently scratch and claw until their target is smashed. Not only does this engrain a culture of hard work, but it too inspires the attitude of never stopping.

In any company’s life cycle, there is a sharp increase in revenue that is followed by a plateau and a subsequent dip. In times of decline, leaders need to adapt and innovate their strategies that cater for changes in the market, as if one does not, a further decline is inevitable.

The final step is an encapsulation of the entire process, the end goal, if you like. Kotter states that the change must represent a link between the newly adopted behaviour and the increased likelihood of the organisation’s success. If there is no likelihood of success, then the organisational change was not worth it.

Every South African start-up needs to be aware of Kotter’s 8 steps. Not only do they provide a canvas upon which leaders can strategise and plan, managers control and facilitate, and employees express and flourish, but they can directly assist any business to stay in tune with the fluctuating happenings of South Africa’s environment and avoid the SBGT.